The Task Groups feature allows you to create named groups of users that can be used for task and goal assignments.  If you run an organization where different team members are managing different lifecycle stages of an account or have varying responsibilities, this feature will help you distribute work items with clear boundaries and more flexibility.

Let us consider two sets of users as below:

1. Set A - Account owners: A set of users is assigned to the accounts. Typically these are the CSM owners of the account. There could be multiple owners.

Freshdesk Customer Success will look for the intersection of the account owners and assigned task group users to set the owner/watcher of a task. When that task group is assigned to a goal or task, the intersection of the CSM owners (A) and the Task group (B) is taken by Freshdesk Customer Success. When automation creates a task or goal on an account, there are a handful of scenarios that dictate who the task/goal is assigned to.

If the task/goal is not associated with a task group, then the following rules are followed:

If the task/goal is associated with a task group, then the following rules are followed:

How to create a Task Group 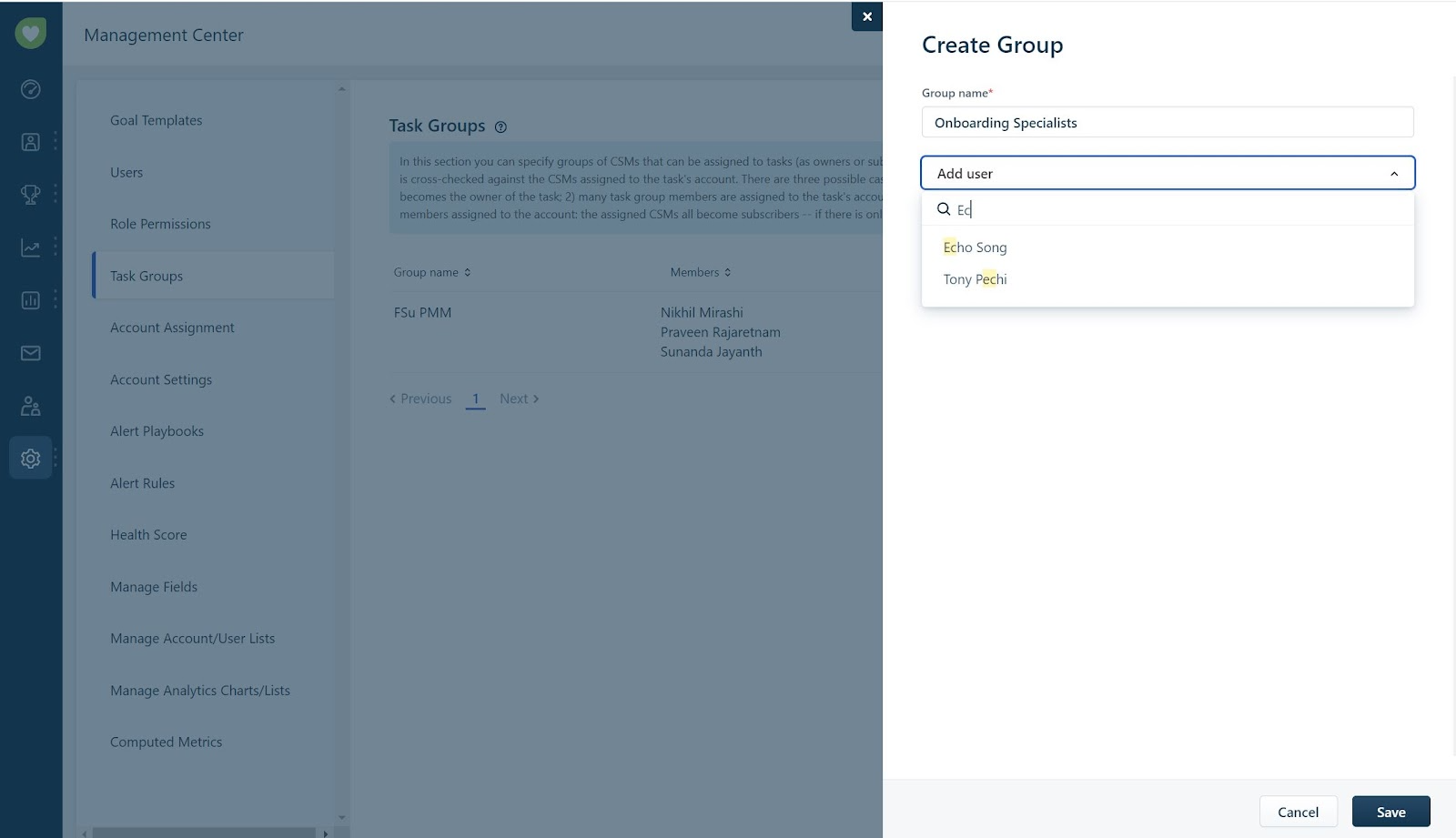 You can include either one or multiple users in a task group. In the case of only one user in a group, the user will become the owner of the task to which he/she is assigned.

In the Goals configuration page, you can select a preferred task group for the goal or a specific playbook task within the goal.

In the alert configuration page, you can select a preferred task group for the alert task.

Did you find it helpful? Yes No

Send feedback
Sorry we couldn't be helpful. Help us improve this article with your feedback.

Ready to see a demo?